History of the Hotdog

There is fewer greater pleasures in life than munching on a memorable hotdog. Whether it’s the subtle snap of the skin of a frankfurter, the textural combination of it all or just because of the ever-nostalgic Maccies combo of ketchup and mustard swirled together.
But where did it all begin and why do we care so much for the often overlooked snack? 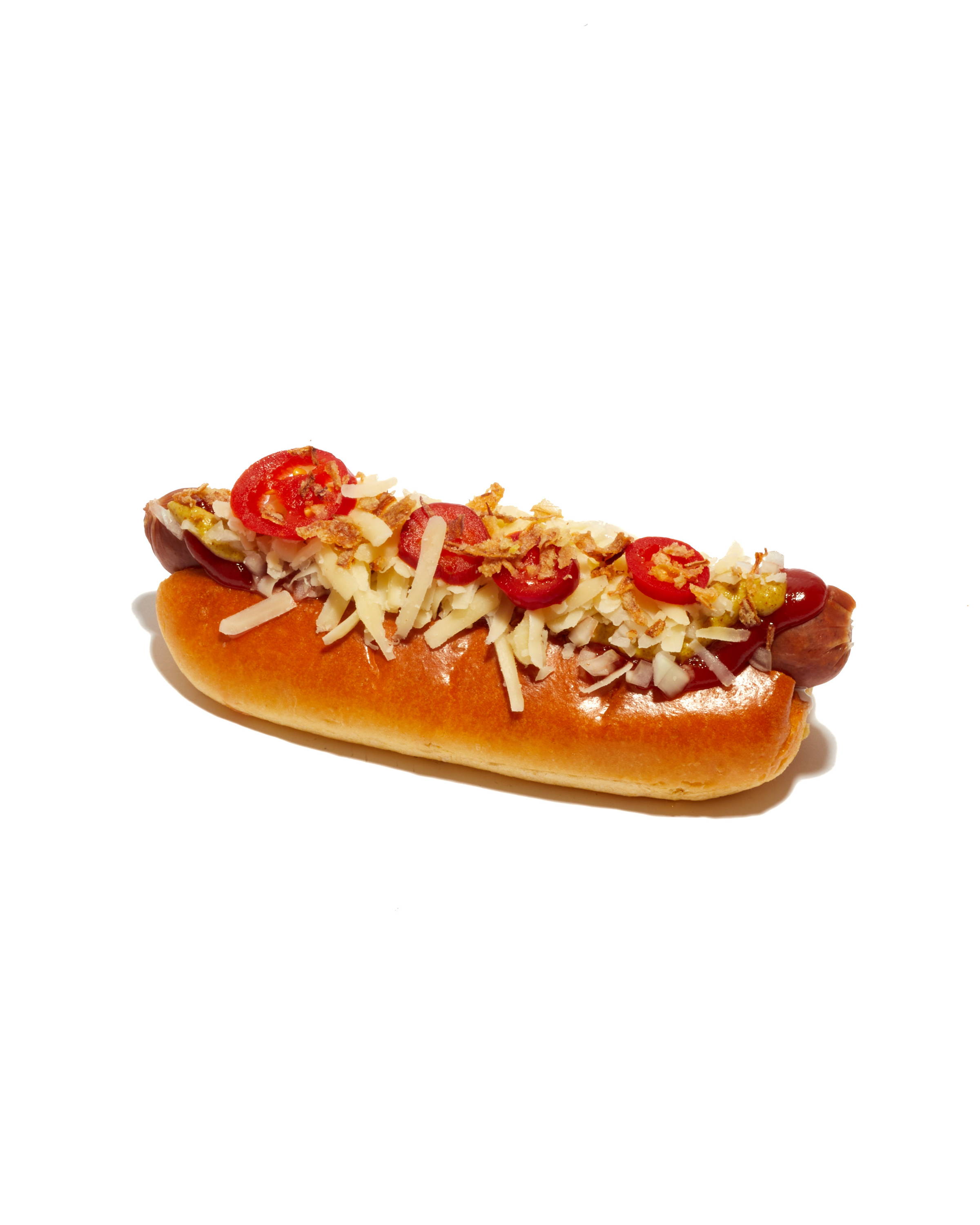 Well let’s start from the basics. The sausage. Its origins actually trace back as early as 700 BCE, with a shout-out in Homer’s Odyssey, but legend has it that it was Roman Emperor Nero’s cook, Gaius, who gutted a pig once and instead of discarding its dirty intestines, decided to stuff it with meat and spices and serve it to the shocked soldiers around the fire-pit. Over the course of the following centuries, the sausage travelled across Europe, making its way to Germany, a country that came to adopt the wiener as its own. Today, Frankfurt and Vienna both lay claim to the creation of this contemporary German staple. But the Americans also lay claim to part of the history as they’re unofficially accredited as the reason we serve our dogs in a bread bun. Reason being? To stop people from burning their fingers on the hot wieners they’re consuming. They’re also the country who have unofficial claim to bringing the hawt dawg to the streets, with roadside carts and stands appearing in Coney Island before infecting the nation (and the world) with its supreme mobile snack game. 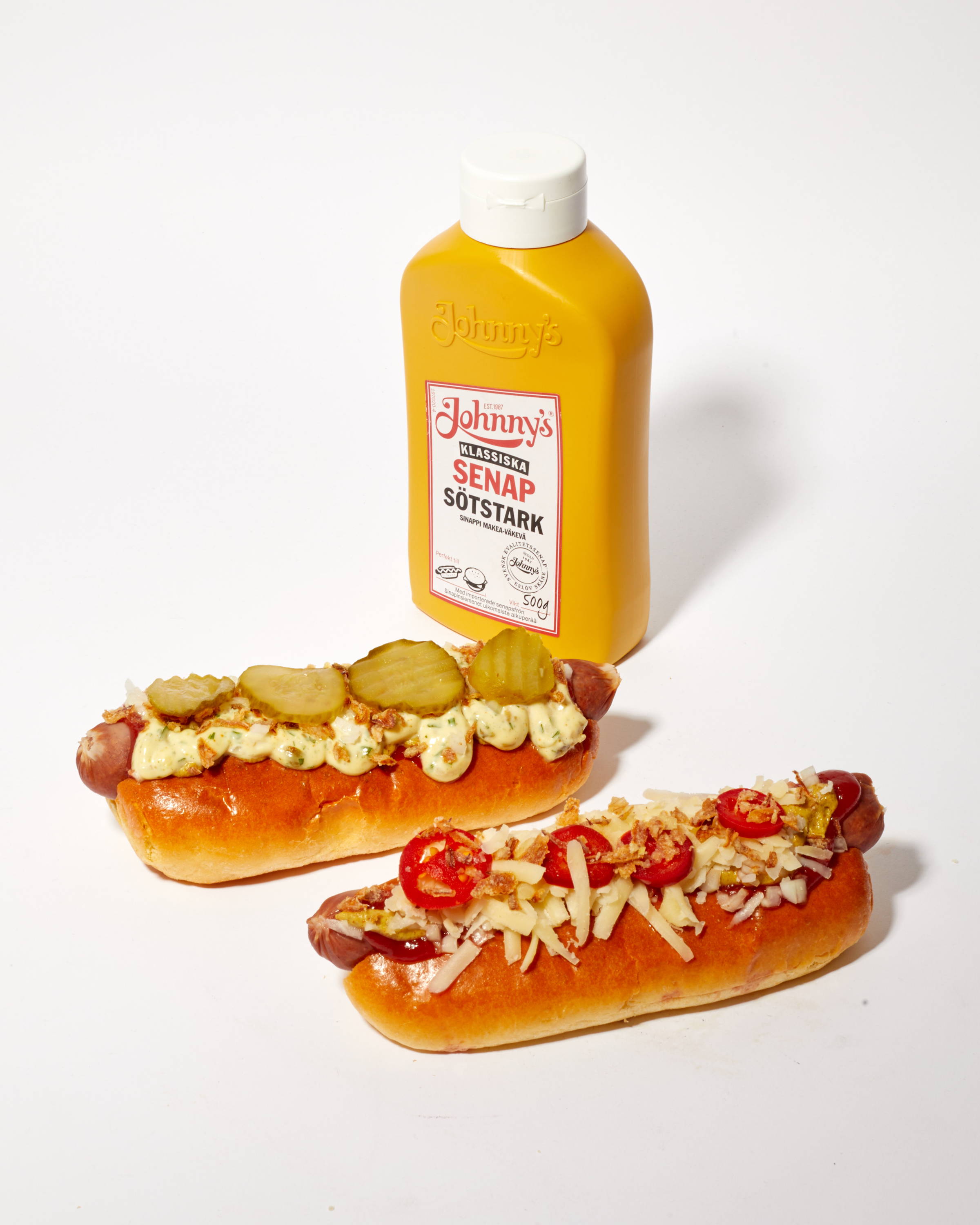 Back in the UK, hot dogs are often overlooked, still yet to experience the widespread popularity of burgers and often missing the mark when it comes to nailing the dog + bun combination. A tragedy. Traditionally a working class street food staple, hot dogs are inexpensive and boundlessly versatile. Globally, we as humans have always tried to embellish the dish with luxurious toppings, but we feel that the key is in simplicity. It’s all about the snap of the sausage’s casing contrasted by the soft white bread, finished with a slick of mustard and tommy k to amplify the subtle spicing of the beef or pork. So go on. Come see what all the fuss is about as we serve up London’s best hotdogs (at long last). 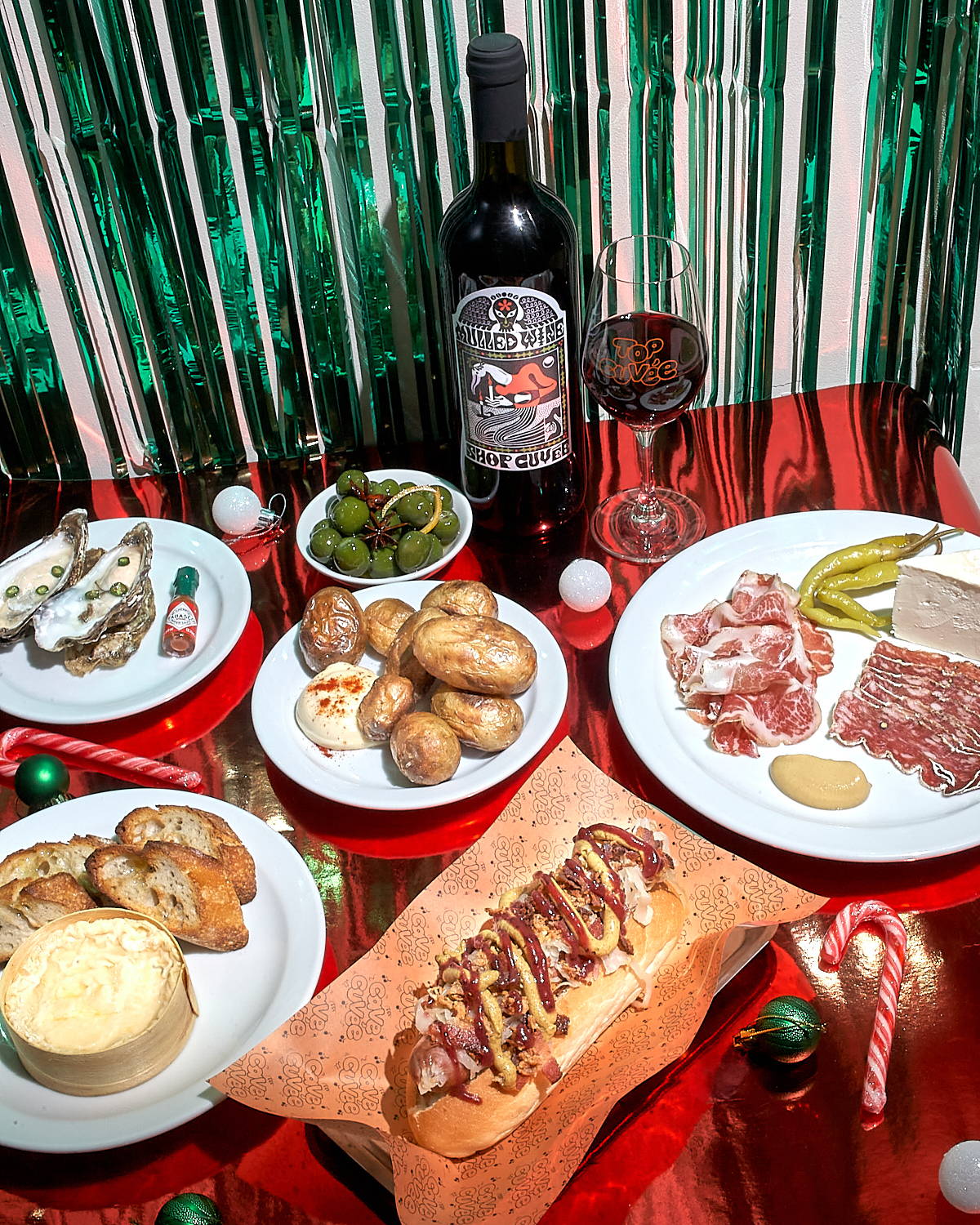 So how did Top Cuvée get to the perfect hotdog combo? It took us 6 months, 18 tasting sessions, 13 different wiener variations and 9 different mustards before we decided that beef reigns supreme. We wanted something with an edge, so we chose a frankfurter that had been specially seasoned then stuffed in its natural casing and smoked over wood (just like the Romans). On the plant based side, we wanted to mimic that same flavour without compromising anything and opted for a smoky vegan hot dog made of sunflower seeds that gives it a firmer texture (just like a real wiener). Bun choice was simple – everybody’s favourite, the brioche. Slightly sweet with soft pillowy insides to caress the dog and contrast the seasoning of the frank. Lastly the important stuff, the sauce combo. We couldn’t decide on which mustard reigned supreme, so we opted for a blend of our two favourites from Denmark (the scandi home of the hotdog). It’s a versatile mustard with a serious bite and comes from a recipe that originates from the first hot dog stand in Denmark in 1920. A classic. Lastly, for textural glory we top our dogs with a mixture of sweet Swedish pickles, pickled red jalapenos and crispy fried shallots.
A work of art.